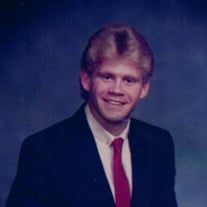 Randy M. McCue, 60, of Aurora passed away at his home on Monday, August 30, 2021. He was born March 27, 1961 in Aurora, IL. Randy graduated from Simmons JR High School and East Aurora High School in 1979 where he was named Athlete of the Year, his senior year, by all of the coaches. He was on the football, wrestling and track team while in high school. He then graduated from College of DuPage in 1983 where he was on the wrestling and football team there. Randy excelled at football and received a scholarship to play as a defense back at Eastern Illinois University until he graduated in 1985. Randy was an all-around athlete and lover of sports. After college, Randy went on to play in the NFL for the Indianapolis Colts and the USFL for the Memphis Showboats. He also played for the Beercats football team for many years, and was talented enough to make it to the final cuts of the 1985 Chicago Bears. He had many nicknames given to him by his teammates, such as Q-Dog, Rando, and White Lightning; just to name a few. After football he went out to California to become a stuntman. Randy enjoyed playing the stock market and became an investment banker for a while before working in his family’s business at Thomas Pump Company in Aurora for the past 35 years. He was an active member of the East Aurora Old Timers. Randy played golf for many years and loved his golf trip to Dothan, Alabama every year. He also participated in the many Aurora golf leagues and scrambles and in his spare time, he enjoyed raising tropical fish. For over 30 years, he volunteered his time at the Special Olympics. Randy never missed his nieces and nephews sporting events or any special days. He was considered an “uncle” to every child he met. Randy has impacted many lives and hearts forever. He was a fiercely loyal son, brother, uncle, teammate and friend and will be deeply missed. He is survived by his parents Judy (Kartheiser) and Robert McCue; his brothers and sister Robert (Brenda) McCue, Michael (Anne) McCue, Ronald McCue and Sherrie Wirtz, and Mary McCue; his nieces and nephews Jeremiah, Cory, Ries, Riley, and Casey Glassman; his aunts and uncles Ron (Renie) Kartheiser, Terry (Marilu) Kartheiser, Wendy (Ray) Schnurstein, Marilee Lange, and Joan McCue; and many cousins. He was preceded in death by his brother Jeff McCue; his maternal grandparents Florence (Assell) and Elmer Kartheiser; his paternal grandparents Daisy (Seidleman) and James McCue; his aunts and uncles Jim McCue, Carol (Pat) Burke, and Diane (Arnold) Fezekas; and several cousins. A memorial celebration will be held and announced at a later date in the future. Arrangements are being handled by THE DALEIDEN MORTUARY, 220 N. Lake St., Aurora, 630-631-5500. Please visit our website at www.daleidenmortuary.com where you may leave condolences for Randy’s family. In lieu of flowers, memorial contributions may be made to the donor’s choice.

Randy M. McCue, 60, of Aurora passed away at his home on Monday, August 30, 2021. He was born March 27, 1961 in Aurora, IL. Randy graduated from Simmons JR High School and East Aurora High School in 1979 where he was named Athlete of the Year,... View Obituary & Service Information

The family of Randy M. McCue created this Life Tributes page to make it easy to share your memories.

Send flowers to the McCue family.