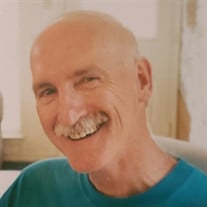 John J. Hayes Jr, (6/14/36-4/10/22) of Batavia, IL (Chicago, Schaumburg, Aurora) A good, hardworking, and steadfast man of few words, yet good advice. An Army Veteran, and 44yr retiree of AT&T. John loved the outdoors and contributing to his community. Over the years, he had been a member of Sundowners, and Bowling clubs, Boy Scouts, and proud IBEW Union member. He enjoyed gardening, Big Bands and dancing. He had a passion for fishing and the Cubs. He was a devoted father, kind soul and quick to smile with a twinkle in his eyes. John was preceded in death by his parents, John J Hayes Sr. And Regina (Hurley) Hayes, his sister Judy Laesch, his son Daniel Hayes, and wife Agnes (Houlihan) Hayes. John and Agnes were married in a beautiful ceremony May 4th 1963 at Our Lady of Lourdes Parish in Chicago. Their 58 years together brought them much love, laughter and tears and many children. John passed away peacefully in his sleep at his home in Batavia, where he received loving care through the end of his days surrounded by his family. He was pleasantly surprised by the tenacity of his grand spirit to live on. Now, finally, joining his wife and son beyond. John is survived by his sisters Jane Felt (Guy Felt) and Joan McSweeney. Children Teresa Schiro, Ruthanne Hayes, Joseph Hayes, Regina Turner, Susan Cuevas(Carlos Cuevas), Mary Westerman (Nicolas Sasson), Sara Hayes, Laura Hayes; 18 Grandchildren and 2 great grandchildren. Our memories of him, his generosity, strength of character and family devotion will be forever remembered and cherished. “Go Raibh Suaimhneas Síoraí Air” — “Eternal Rest be Upon Him” Graveside services with military honors will be at 1:00 PM on Tuesday, June 14, 2022 at Marywood Cemetery in Aurora. Fr Patrick Gillmeyer will officiate. Funeral arrangements by THE DALEIDEN MORTUARY 220 N. Lake St, Aurora IL 60506. 630-631-5500.

The family of John Joseph Hayes Jr. created this Life Tributes page to make it easy to share your memories.