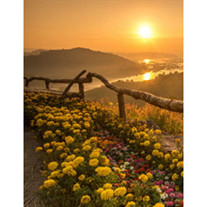 Jacquelin (Oros) Messmer Palombo Jacquie passed away on June 2, 2021 at her home in Spring Park, MN at the age of 78. Jacquie was born on December 20, 1942 in Aurora, IL. She graduated from East Aurora High School. In 1963 she married Bill Messmer and eventually lived in Marywood where she was active in the Annunciation church and school. Jacquie graduated from Waubonsee Community College and became an RN in 1982 and worked for many years as a psychiatric nurse at Mercy Center. She also worked as a visiting home health nurse and volunteered at an Aurora hospice. She married Rich Palombo, Sr. from Chicago in 1994. In retirement, Jacquie and Rich, along with their dogs, started a new life on the road, traveling around the southern US states volunteering with the US Army Corp of Engineers. This experience led them to many dear friends from across the country. After Rich passed away in 2017, Jacquie continued park life and in 2019 she was awarded the Ranger's medal of recognition for her dedicated service. She then moved to Minnesota to be near her son Bill Messmer. In Minnesota she was active in book club, ceramics, knitting, bingo and keeping in touch with family and friends around the world. She was also a volunteer at the local library and the elementary school. Through nursing, hospice and in many other ways, Jacquie touched the lives of so many people. Jacquie was preceded in death by: her parents Nick and Emma Oros, her sister Janene Kluckhohn, her husband Rich Palombo, and daughter-in-law Stephanie Constancio Messmer. Jacquie is survived by: son Bill Messmer Jr. (Stephanie Tomlinson, Mound, MN), daughter Michele (Mimi) Messmer Uccelli (Dr. Antonio Uccelli, Genoa, Italy), grandsons Joshua Messmer (Medford, MN), Cesar Uccelli (Turin, Italy), brother Jack Oros, nieces Dawn Pulgine, Julie Curran and Jennifer Grandi, and Rich's family, daughters Cheryl and Amanda Palombo, granddaughters Carol Rose and Riley Jensky & Sienna and Vivian Sherwin and great-grandson Parker. Memorial visitation will be held on Friday, July 16, 2021 from 4:00 until 7:00 PM at THE DALEIDEN MORTUARY, 220 N. Lake St, Aurora, Illinois 60506. 630-631-5500.

Jacquelin (Oros) Messmer Palombo Jacquie passed away on June 2, 2021 at her home in Spring Park, MN at the age of 78. Jacquie was born on December 20, 1942 in Aurora, IL. She graduated from East Aurora High School. In 1963 she married Bill... View Obituary & Service Information

The family of Jacquelin (Oros) Messmer Palombo created this Life Tributes page to make it easy to share your memories.

Jacquie passed away on June...

Send flowers to the Palombo family.