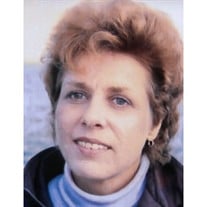 Genevieve Ann Dahl, 77, of Aurora, IL, passed away suddenly on Sunday, February 07, 2021, at her home. She was born October 21, 1943, in Chicago, IL, the eldest daughter of the late Albert and Dorothy (Prill) Litke. Genevieve (Gene) studied Fine Arts and Design at Drake University (Des Moines, IA). She used her artistic talents generously and creatively throughout her entire life. Although she had a passionate love of music, she often joked with her children that 'the only instrument [she] ever learned to play was the stereo!' Her artistic talents also extended to cooking and baking, producing many cherished family recipes. She was a longtime member of Mount Olive Lutheran Church (Des Moines, IA), followed by Immanuel Lutheran Church (Chicago, IL). Gene was also 'Mom', or 'Mom-O' to numerous friends and classmates of both of her daughters, providing warmth and an open home where all were welcome and none were turned away. Gene made lifelong friends wherever she went - making friends into family was a special gift of hers. Gene had a long and rewarding career with the U.S. Postal Service, specializing in Rates & Classifications. Her career brought her back from Des Moines, IA to Chicago in 1986. Although she suffered numerous health issues throughout her life, she never let them beat her down. She always proudly claimed to be 'a tough old bird'. Gene was preceded in death by her sister Alberta Litke, and her first husband James Favors. She is survived by her daughters Suzanne Favors & Diana (Joost) Veldkamp-Favors; grandchildren Raymond Joshua & Antoinette Ponczek, Timothy & Owen Veldkamp; godson Christopher Boye; siblings Paul Litke, Frank Litke, Joann Duer, Loretta Litke, & Ruth Boye; former husband Michael J. Dahl; as well as her beloved extended family and friends. The family will be holding a private farewell; following her wishes, Gene will thereafter be cremated. A memorial celebration will be held at a later date.

Genevieve Ann Dahl, 77, of Aurora, IL, passed away suddenly on Sunday, February 07, 2021, at her home. She was born October 21, 1943, in Chicago, IL, the eldest daughter of the late Albert and Dorothy (Prill) Litke. Genevieve (Gene) studied... View Obituary & Service Information

The family of Genevieve Dahl created this Life Tributes page to make it easy to share your memories.

Genevieve Ann Dahl, 77, of Aurora, IL, passed away suddenly on...

Send flowers to the Dahl family.