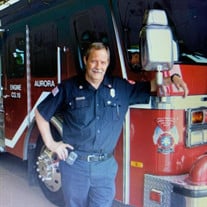 Gary E Avram, died early Monday morning on March 7, 2022 after a long illness at Manattee Memorial Hospital, in Bradenton, FL. He was 68 years old. He was preceded in death by his loving parents; Cornelius (Nello) and Anna Marie, sister; Mary Ann, father in law; Kenneth Stranckmeyer, brother in law Dave Lidecka, many Aunts and Uncles, and dear friends. He is survived by his loving wife, Mary (Stranckmeyer) Avram, mother-in-law, Mary Stranckmeyer, Uncle Jim Michaels, his children; Kelly (Brian) Williams, Kristin (Joe Kaminski) Avram, along with being the bonus dad to William (Laurie) Blankenhagen, Lauren (Aaron) Rahn, and Robert (Jessica Davies) Goss. He was Papa and Grandpa to Emma and Henry Williams, Ellie, Anna, and Benjamin Blankenhagen, and Emily and Ava Rahn. He was also the loving brother of Michael (Maryanne) Avram, Elizabeth (Robert) Simmons, Susan Lidecka, Phillip and Jan Blatner, John and Joyce DeBernardis, and Jeff Stranckmeyer, along with being the uncle of many loving nieces and nephews. Gary graduated from East Aurora High School in 1971 and attended Waubonsee Community College. Gary then moved on to being a firefighter on the Aurora Fire Department for over 26 years where he retired as captain in 2010. He was a proud participant of the World Police and Fire Games for many years. Golfing, pool, fishing, swimming, boating, and traveling were his favorite pastimes before and after he retired. Gary and Mary resided in Sugar Grove, IL, until they made their move to Sun City Center, Florida 2017. A memorial service will be held Sunday, May 1, 2022 at 1:00pm at THE DALEIDEN MORTUARY. Fr. Jerome Leake will officiate. A memorial visitation will be Sunday, May 1, 2022 from 11:00am until the funeral hour at 1:00pm at THE DALEIDEN MORTUARY, 220 N. Lake St., Aurora, IL 60506. Memorial contributions may be made in Gary's memory to the Gary Avram Memorial Fund, AFD Explorer Post 99, 75 N. Broadway, Aurora, IL 60505.

Gary E Avram, died early Monday morning on March 7, 2022 after a long illness at Manattee Memorial Hospital, in Bradenton, FL. He was 68 years old. He was preceded in death by his loving parents; Cornelius (Nello) and Anna Marie, sister;... View Obituary & Service Information

The family of Gary E. Avram created this Life Tributes page to make it easy to share your memories.

Send flowers to the Avram family.