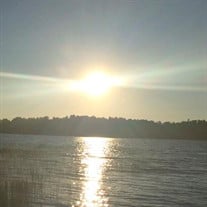 David L. Weber, 68 of Aurora, passed away at his home on Sunday, November 7th, 2021. David was born on April 23, 1953, to Arthur and Shirley (Leech) Weber. Dave was a graduate of West Aurora High School. He worked for many years at Sears. He went on to work for many years as Assistant Manager at Ace Hardware where he was a helpful hardware man. When customers walked into the store, Dave always greeted them with a warm genuine smile and made sure that they left with what they needed. He was a hard worker and never missed a day of work, which was something he was very proud of throughout his life. Dave was a fan of the Green Bay Packers, Chicago Blackhawks, and Chicago White Sox. His collection of hats showed a glimpse of his passion for the teams. He looked forward to his summer vacations in Northern Wisconsin where he spent an entire week with his family fishing, exploring the islands, taking pontoon boat rides, playing cribbage at night, listening to classic rock, looking up at all the stars and sitting on the dock watching the eagles fly over the lake. He might not have been a man of many words, but Dave had the best one liners that had people laughing to the point of tears. Many people referred to Dave as “Tex” “Big Wave Dave”, “Buddy” and “Uncle Dave”. He loved unconditionally. He never judged anyone and would always help people in need. He had a heart of gold. He would give you the shirt off his back. Dave is survived by his brother Jim Weber and his sister Ann and her husband Gary Bohr, who was like another brother to him. He loved and cherished his time with his nieces: Jessica (Joe) Mazur, Missi (Jake) Cate and Ali Bohr. He adored his great nephew Levi, and his great nieces Madison and Sara. He is also survived by his loving companion, Susan Nass. Dave will be truly missed by all who were blessed to have known him. Dave is preceded in death by his parents Arthur and Shirley Weber, and many beloved loved ones. Dave had a famous saying, “It’s a Golden Day,” and he lived by that motto every day of his life. Dave would want everyone to live by his motto that “EVERY DAY IS A GOLDEN DAY”. In honor of Dave, donations can be made to Seasons Hospice online at www.SeasonsFoundation.org/donate or to St. Jude Children’s Research Hospital at www.stjude.org

David L. Weber, 68 of Aurora, passed away at his home on Sunday, November 7th, 2021. David was born on April 23, 1953, to Arthur and Shirley (Leech) Weber. Dave was a graduate of West Aurora High School. He worked for many years at Sears. He... View Obituary & Service Information

The family of David L. Weber created this Life Tributes page to make it easy to share your memories.

Send flowers to the Weber family.