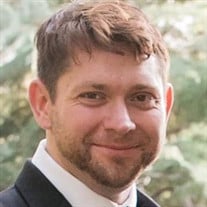 Christopher Charles Hickson, 29, passed away on Tuesday, December 28, 2021 at Mercy Medical Center in Aurora, IL. He was born April 6, 1992 in Aurora, the son of Dr. Robert Charles Hickson and Gayle Lynn (Federinko) Hickson. Christopher was a 2010 graduate of West Aurora High School. He was very involved in athletics and the weightlifting community, and he was a successful powerlifter. He was passionate about helping and encouraging others to attain their strength and fitness goals. Christopher was loved and will be greatly missed for his determination, kindness and care for others, and his sense of humor. He is survived by his mother, Gayle Hickson; his brothers and their families, Robert Hickson and Monae Weathington, Rick and Katherine Moreno and their four children Lucian, Solome, Illaria, and Nicolaeo Moreno; his grandparents, Carol and Terry Belshaw; and his aunts, uncles, and cousins, Katherine Danco and John Hiler and their child Madeleine Hiler, Daniel and Elaine Belshaw, David Federinko and Tasha (Malinchoc) Federinko and their child Nicholas Federinko, and Andrew Belshaw. He was preceded in death by his father, Dr. Robert Hickson; his grandparents Robert John and Muriel Hickson, and George Federinko; and his uncle Lawrence Danco. The funeral service will be Tuesday, January 4, 2022 at 10:00am at St. George Byzantine Catholic Church, 720 Rural St., Aurora, IL 60506. Fr. Fred Peterson, OSB will officiate with interment at Mt Olivet Catholic Cemetery, 278 Ashland Ave., Aurora, IL 60505. Visitation will be Monday, January 3, 2022 from 4:00pm to 7:00pm at The Daleiden Mortuary, 220 N. Lake St., Aurora, IL 60506 (630-631-5500). Due to Covid-19 pandemic protocols face masks are required for those in attendance. Please visit www.daleidenmortuary.com where you may leave condolences for Christopher’s family.

The family of Christopher Charles Hickson created this Life Tributes page to make it easy to share your memories.

Send flowers to the Hickson family.